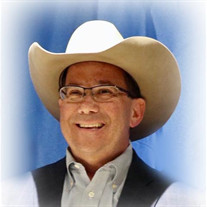 FORT WORTH -- Having lived and loved well, Alan Dean Luskey reluctantly released his hold on life. Beloved husband, father and grandfather, Alan passed away on Thursday, April 11, 2019 surrounded by his family. He will be remembered by his countless friends and loving family for his deep love of people. SERVICE: A service honoring Alan’s life will be held at 1 p.m. Sunday in the sanctuary of Beth-El Congregation, 4900 Briarhaven Road. He will be laid to rest privately in the Beth-El Section of Greenwood Memorial Park. MEMORIALS: In lieu of flowers, the family suggests contributions be made to the following organizations that are meaningful to Alan and the Luskey family: The Alan Luskey Endowed Dean’s Scholarship in Business at UT’s Red McCombs School of Business. McCombs Development Office, 2110 Speedway, Stop B6006 Austin, TX 78712; Texas Health Fort Worth NICU Fund, in loving memory of Alan Luskey. Texas Health Resources Foundation, PO Box 200038, Arlington, TX 76006-9946; or to Jewish Family Services, 4049 Kingsridge Road, Fort Worth, TX 76109. Alan was born in Fort Worth on July 19, 1959. He was the third of Sylvia and Gary Luskey’s four children. The family spent time in Abilene and Dallas before returning home to Fort Worth. After graduating from Hillcrest High School in Dallas, Alan attended The University of Texas at Austin where he was an equipment manager of the Longhorn football team. In 1977, he returned to Fort Worth with a degree in Finance and went to work for the family business, Luskey’s Western Stores. Alan married Susan May in 1981 and they began their 38 years of marriage. They resided in Odessa and Lubbock before settling in Fort Worth in 1991. Alan’s children were his life’s greatest joy. He was a loving father to his son, Stephen, and his daughter, Taylor, and he loved their spouses, Meredith and Thomas, who he considered to be his children. Alan treasured being “Boots” to Walker, Lyle, Archer, Margot and Louisa. No one told a story better than Alan. He had a wonderful laugh and a terrific sense of humor, yet he was also a great listener and was genuinely interested in the lives of the people around him. He was kind, encouraging, positive and open-hearted. Alan had many meaningful hobbies. He blazed a trail of over 100,000 miles riding his burnt orange Harley Davidson across the country with friends. He loved traveling with his family, and he cherished games cheering on his beloved Texas Longhorns. Though the longer Alan lived in Fort Worth, the more purple crept into his life and wardrobe. The Horned Frogs were his beloved hometown team, unless they were playing the Longhorns. Alan loved his work. He began working for the family business in elementary school and never stopped. He started full time in the Lubbock store after college. Alan was proud to be the third generation of Luskeys in the boot and western wear business. He was privileged to have made custom boots for so many people he loved and admired. Luskey’s/Ryon’s was purchased by the Cavender family in 2016, and Alan was pleased that the business his grandfather, father and uncles built would be carried on with the integrity of and respect for the western lifestyle. Alan was always an ambassador for the Fort Worth Stockyards. He was honored to be inducted into the Texas Cowboy Hall of Fame in 2018. He was surprised and humbled when Fort Worth Mayor and friend Betsy Price proclaimed September 30, 2017 “Alan Luskey Day.” Alan’s noble approach to life in the face of adversity over the last 21 months was a precious gift to all he leaves behind. He was a warrior fighting courageously against a devastating disease. He never ceased living life to the fullest, cherishing time with loved ones, or travelling and sharing himself with grace and courage. In addition to his love of family and friends, his sense of humor and his work ethic, Alan will be remembered for his honesty, integrity, grit and moral compass—a true cowboy, through and through. He was preceded in death by his parents; grandson, Thomas Leachman Lacy III; and mother-in-law, Stephanie Scharmuller May. SURVIVORS: In addition to his wife, children and grandchildren, Alan is survived by his brother, Larry; sisters, Sharon Krost and her husband, Michael, and Melanie Kirschner and her husband, Spence; father-in-law, Alan May; sisters-in-law, Antoinette Davis and her husband, Barry, and Allison Margoshes and her husband, Dan; and nieces and nephews and aunts, uncles and cousins and their families.

FORT WORTH -- Having lived and loved well, Alan Dean Luskey reluctantly released his hold on life. Beloved husband, father and grandfather, Alan passed away on Thursday, April 11, 2019 surrounded by his family. He will be remembered by his... View Obituary & Service Information

The family of Mr. ALAN DEAN LUSKEY created this Life Tributes page to make it easy to share your memories.

Send flowers to the LUSKEY family.