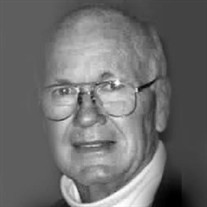 NORTH RICHLAND HILLS – Joe Don Riddle passed away peacefully Wednesday morning, July 1, 2020. Mr. Riddle was 86. Born June 11, 1934 in Ada, Oklahoma, Joe was the son of rancher/teacher parents. He met his wife, Wanda Jean Todd in first grade, and after each moved to other cities, in his case, even other states, Joe and Jean reconnected at East Central University. They married December 12, 1953 and enjoyed 59 years of marriage and family. Joe spent a long career in the aerospace industry, living most of his adult life in Texas with a weekend ranch in Ada where he enjoyed hosting friends and family. He had many accomplishments, but his greatest was the love and care he provided, at home to his wife, during her 13-year struggle with Alzheimer’s disease. He was preceded in death by his parents; wife, Jean, who died in 2012; son, Tim, who died in 2019; and grandson, Trevor Hill, who died in 2008. SURVIVORS: In addition to his daughters, Lisa Hill and Katie Nichols and her husband, Danny, Joe is survived by his grandchildren, Shahara Dowell and her husband, Cory, Bryanna Wallace and her husband, Brian, Jeremy Riddle and his wife, Megan, Diana Simeroth and her husband, Michael, and Harrison Bloxom and his wife, Catelyn; many great-grandchildren; sister, Ann Jennings; nieces, nephews and cousins, up to 7th generation; lifelong friends, Doc and Shirley Brock; and special friend, Reta Vanbebber. SERVICE: At a later date, a graveside service will be held in Ada, Oklahoma, to inter the ashes of Joe, Jean and Tim. MEMORIALS: In lieu of flowers, consideration of contributions to the Alzheimer’s Association or the Parkinson’s Foundation, for disease research, hospice organizations, or to a charity of your choosing, in his memory, is suggested. “Then when our dying bodies have been transformed into bodies that will never die, this Scripture will be fulfilled: Death is swallowed up in victory.” 1 Corinthians 15:45

The family of Mr. JOE DON RIDDLE created this Life Tributes page to make it easy to share your memories.

Send flowers to the RIDDLE family.