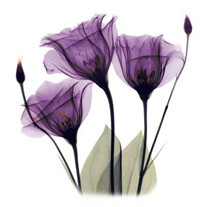 FORT WORTH -- Mary Louise Reno Breiter, beloved wife of Dennis Eugene Breiter for 54 years, died early Wednesday morning, December 12, 2018. Mrs. Breiter was 77. Mary Lou, affectionately referred to as “Framma” by her family, was born August 17, 1941 in Glenshaw, Pennsylvania, the daughter of Samuel and Katherine Moran Reno. She was the youngest of three children. Mary Lou earned her bachelor’s degree at Pennsylvania State University where she also met her husband, Dennis. After moving frequently and also living in Okinawa while Dennis was in the Army, they settled down and raised their children, Heather and Eric, in Mobile, Alabama. Mary Lou worked for over 30 years as the office manager for Dennis’ private practice psychology clinic, and she continued to work in the field of mental health for years after Dennis closed his practice and until she retired. In 2011, Mary Lou and Dennis moved to Fort Worth to be close to their daughter and her family, and they enjoyed the culture and friendliness of their new home. Mary Lou was an avid traveler through much of her life, both domestic and international. She adored her grandchildren, both in Fort Worth and in Morganton, NC, and her hobbies were scrapbooking and gardening, as well as having dinners with friends. She is perhaps best known among family and friends for her incredible talent for cooking, and she loved to prepare family meals, both simple and elaborate. She was a loving, gracious, and welcoming hostess, who could always make anyone feel comfortable in her home. Mary Lou was a model of love, altruism and selflessness. The love that she poured into her family continues to grow in her grandchildren and will also grow in their children, making her legacy of love everlasting. She was preceded in death by her parents and older brother, Robert Reno. SURVIVORS: In addition to her husband and children, Mary Lou is survived by grandchildren, Harper, Sawyer, Tiernan, and Colin. By her late brother Bob, she has two loving nieces, Lynn and Ruth, and her nephew, Dan, all who live in Pennsylvania. Her older sister, Joanne, lives in Fremont, California and her niece, Sheri, lives in Castro, California with her husband Greg. MEMORIALS: In lieu of flowers, consideration of contributions to Fisher House Foundation, www.fisherhouse.org, in her memory, is suggested.

The family of Mrs. MARY LOUISE RENO BREITER created this Life Tributes page to make it easy to share your memories.

Send flowers to the BREITER family.