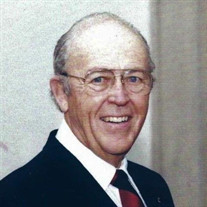 Paul Leonard went to the next event Friday afternoon, May 21. He had recently turned 95. Service: A Memorial Service will be held at 11 am Wednesday at Christ Chapel Bible Church, 3701 Birchman Avenue, followed by a reception at the church.... View Obituary & Service Information

Paul Leonard went to the next event Friday afternoon, May 21....

Send flowers to the LEONARD family.