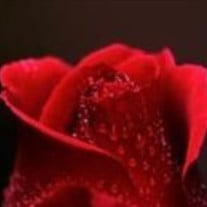 Hurst -- Robert Gary Beustring, known as “Bob”, his children called him “Daddy” and his Grandkids called him “Papa”, received his ultimate reward and went home to be with his Lord early Monday morning, February 1, 2021. He was 78. Born December 27, 1942 in Tulsa, Oklahoma, Bob was the son of Roland and Flora Beustring. He graduated from Abilene Christian University. In his early 20’s, he joined the U.S. Army and became a military police officer. After serving in the military, Bob started his career and began to build his family; a family that eventually ended up with 4 amazing kids. He began a career in the audio/video industry which at the time, was in its infancy. Bob was a pioneer in the field of video cameras and closed-circuit TV. His skills caught the attention of the Dallas and Arlington Police departments, where he had his first customers. What followed was a 20-year relationship with the Texas Rangers Baseball Club. If you ever attended a Rangers game at the old Arlington Stadium, and went to the concession stand and watched the game on a TV while standing in line, you can thank Bob for that. At the time, that was a revolutionary concept. His time with the Texas Rangers yielded him the opportunity to have close relationships with the likes of Billy Martin, Mickey Mantle and many other baseball legends of that era. And just to clear the air, at the end of the 2017 major league season, when it was discovered that a few teams were cheating during the season, including at the world series, WE’RE PRETTY SURE BOB WAS NOT INVOLVED…WE THINK! Had he been, it would have been the Rangers in the World Series that year and not the Astros! Always the entrepreneur, Bob began to dabble in real estate and land development in Johnson County, was successful and phase 2 of his career was started. That career continued up to his final days. But to be clear, there was only one thing that completely fulfilled his life, where he found all of his joy and that was with his grandkids, spending every minute he could with them, going to EVERY event they had and being their biggest fan. Bob is survived by his daughters, Lisa Neal and her husband, Todd, Tina Hart and Susan Conway and her husband, Kyle; son Gary Beustring and his wife, Emily. Bob was a lucky man and was BLESSED with seven grandchildren, Elizabeth Neal, Jackson Hart, Maddie Sue Conway, Elliott Neal, Annabelle Conway, Gracie Hart and Kyle Conway II; brother, Glenn Beustring and sister, Carole Hazel and her husband, Stan, all of Tulsa, Oklahoma; and his dog “Sasha” that he called “Ollie”! Additionally, there are many nieces, nephews, great nieces, great nephews, a great-great nephew plus an untold number of lifelong friends.

The family of Mr. ROBERT GARY BEUSTRING created this Life Tributes page to make it easy to share your memories.

Send flowers to the BEUSTRING family.