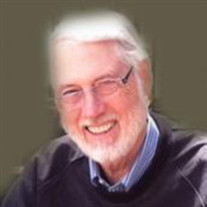 Fort Worth – William Patrick Higgins III passed away at home Monday morning, December 14, 2020, surrounded by his family. He was 79. Born in Fort Worth, Pat was the son of Ruth Connor and William Patrick Higgins Jr., M.D. He graduated from R. L. Paschal High School in 1959, where he in participated in the Golden Gloves. He attended North Texas State University, now the University of North Texas, where he was a member of the Kappa Sigma fraternity and received his bachelor’s degree. Pat was accepted into Officer Candidates School then commissioned into the U. S. Navy where he served in Japan and Viet Nam on the USS Point Defiance. He remained in the Naval Reserves for many years and separated from the service as a Lieutenant Commander. He then returned to Fort Worth and attended TCU where he received his MBA. After Graduation, Pat initiated his distinguished career with IBM in Fort Worth, where he was recognized both nationally and locally as an outstanding sales leader and performer, achieving numerous 100% Club and Golden Circles. His success as a consulting sales person was attributed to his passion for customer service and many of his clients became lifelong friends. He left IBM for three years relocating to Akron, Ohio to become Sr. VP of Sales for Novar Corporation. After facilitating the sale of Novar to Honeywell International, he returned to Fort Worth and IBM as an International Account Executive for major petroleum companies. After retiring from IBM, he worked locally with Kasper and Associates as a Senior Consultant. During that time, he was also active in the Military Order of the World Wars. Pat enjoyed traveling with his wife, spending time with friends and family, and taking care of his dog, Sugar. He cherished his Irish heritage and was an accomplished storyteller entertaining his audiences. Among his favorite memories was winning the Cowtown Goes Green Liar’s contest one year with a fable he created for the event. He also was proud of his Great Uncle, Monsignor Robert Michael Nolan of St. Patrick’s Cathedral and the antics for which he was known. In addition to his loving wife Deborah Freed, Pat is survived by his daughter, Katie Higgins and her husband, Jorge Gonzalez Sosa, and their daughters, Cecilia and Sofia of Merida, Mexico; his brother, Mike Higgins and his wife, Karen, and their daughters, Kerry and Libby Higgins of Dallas; his sister, Ann Higgins of Fort Worth, and her son, Connor Kalista and his wife, Sarah of Brooklyn, New York, and their child, Elijah, and her daughter, Claire Alt and her husband, Eric of San Francisco, California, and their children, Wyatt and Travis. Pat is also survived by his stepmother, Dorothy Higgins of Corsicana; his stepbrother, Eric Gaul; stepsister, Dottie Freeman; his mother-in-law, Lucille Freed and sister-in law, Linda Freed, both currently of Fort Worth; and nephew, Philip Conrad Freed-Golden of Clarksville, Tennessee. In lieu of flowers, consideration of contributions to the Keller Welcome Home Adoption Center of the Humane Society of North Texas, honoring Pat and Sugar, is suggested. Please sign the digital guest book by clicking here: https://forms.gle/t6XrrHmEvAfy7Jmh8

The family of Mr. WILLIAM PATRICK "Pat" HIGGINS III created this Life Tributes page to make it easy to share your memories.

Fort Worth – William Patrick Higgins III passed away at home...

Send flowers to the HIGGINS family.