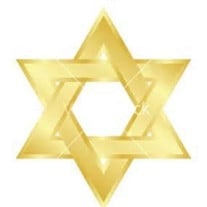 Fort Worth, Texas - Amy Claire Stien passed peacefully early Sunday morning, March 20. She was the daughter of Mr. and Mrs. Nathan Jacobs of Gunnison, Mississippi. With family tradition, she grew up in the same house where her father and aunts, Alma and Gertrude, lived. Amy had a great childhood with many friends, close cousins loving aunts and uncles. During grade school, she excelled, also winning the Bolivar County Spelling Bee. This love of language and adeptness in word power progressed to her excellent Scrabble and Boggle skills. Attempts to instill her word proficiency failed with her son, but may have succeeded with her daughters as Amy gave each one of her kids “Word Power Made Easy.” She was an excellent bridge player and continued to play up until her 91st year. She went to Sophie Newcomb College for 2 years and decided that instead of taking the French exam, she would get married in 1949 to Earle U. Scharff Jr. Together, they made their first home in Memphis, Tennessee, at her mother-in-law’s house. Florence and Earle Scharff Sr. adored Amy. She adored them as well, but this was easier to adore them when she and Jr. got their own home. In 1958, with two kids in tow, the family moved to Fort Worth. Her third child arrived in 1960. Amy was a wonderful mom to her children. She instilled strong core values and was a good listener. Communication remained effortless between her and her children for her entire life. Florence Scharff, my father’s mom, moved and fortunately married a wonderful man, Ben Rosenthal of Fort Worth. Amy gained a whole new family. Manny and Roz Rosenthal, Jerry and Sylvia Wolens bonded with Amy immediately. Roz and Mom remained very close until her passing. Amy involved herself in the Jewish community and eventually became President of the Fort Worth Chapter of the National Council of Jewish Women. Later she worked for the Jewish Federation of Fort Worth and Tarrant County. She was a member of the Fort Worth Women’s Medical Auxiliary where she was passionate about allowing physicians wives of color to also be members. She had a significant interest in Art History. She took classes and eventually became a Docent at the Amon Carter and the Kimball Museums. Amy became the “American Mom” to Yvonne Moser Sjöblom, who lived our family from 1970-1971. They stayed very close and she and her husband came from Stockholm to Mom’s 90th birthday party. Amy and her second husband, Bob Stien, travelled extensively to many countries all over the world. She loved to walk daily and continued to exercise throughout her life, even taking classes in Jazzercise and later, water aerobics. Throughout her life, Amy socialized with her good friends, enjoyed cultural events, played bridge weekly, read consistently and kept up with current events. She knew many of Stayton residents before moving in, but got to know the rest shortly after she arrived. She even made some new best friends. No one was a stranger. In addition to her children and their spouses Leslie and Bill Siembieda, Earle and Cindy Scharff, Sally Scharff Grant and Yvonne and Robert Sjöblom, Amy is survived by her grandchildren and their spouses, Danielle Siembieda and Robert Gribben, Laurel Siembieda, Sidra Scharff and Geoffrey Potter, Allegra Scharff and Travis Sherman, Jessalyn Grant, Joseph Grant and Elizabeth Grant. She is also survived by her great-grandchildren, Collette Claire Gribben, Francisco Mendoza V., Elle Mae Potter, and Harrison Locklear Sherman. A Service at the Grave was held on Friday, March 25, in the Beth-El Section of Greenwood Memorial Park. To celebrate her memory and her life, contributions are suggested to the Rosenthal-Siegel Educational Fund at Beth-El Congregation, the United Health Ukraine Org or to Jewish Family Services of Fort Worth. To send flowers or a memorial gift to the family of Mrs. AMY JACOBS STIEN please visit our Sympathy Store.
To order memorial trees or send flowers to the family in memory of AMY JACOBS STIEN, please visit our flower store.
Send a Sympathy Card