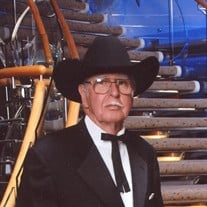 FORT WORTH – Bobby Lee Germany passed away peacefully Monday morning, December 3, 2018. Mr. Germany was 87. SERVICE: A Celebration of Bobby’s Life will be held at 1 p.m. Friday in the chapel at Robertson Mueller Harper with interment to follow in Laurel Land Memorial Park. Family and friends will gather from noon to 1 p.m. Friday at the funeral home. MEMORIALS: In lieu of flowers, consideration of contributions to the Boy Scouts of America or to a charity of choice, in his memory, is suggested. Born in Midland on July 30, 1931, Bobby was the son of Robert Lee and Martha Mitchell Germany. He was married to Romayne Grimm Germany, who died in 2011. During the Korean War, Bobby served in the U. S. Marine Corps. He was a 40 year employee at Vaught Aircraft and Boy Scout Troup Leader with Troup 333 in Hurst. He and the family were longtime members of Hemphill Presbyterian Church. SURVIVORS: In addition to his children, Doug and his wife, Carrie, and Kimberly and her husband, Jim Peters, Bobby is survived by his grandchildren, Ashley Germany and Cameron, Cutler and Morgan Peters; and great-granddaughter, Brylee Daniel. To send flowers or a memorial gift to the family of Mr. BOBBY LEE GERMANY please visit our Sympathy Store.
To order memorial trees or send flowers to the family in memory of Mr. BOBBY LEE GERMANY, please visit our flower store.