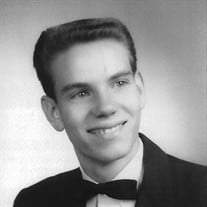 FORT WORTH -- Charles Bond Spitler passed away Sunday evening, November 17, 2019. A warrior in his battle with numerous life-threatening and life-altering illnesses, Charles finally succumbed to Parkinson’s disease. Mr. Sptiler was 76. A celebration of his life will be held FROM 1 TO 2 p.m. Saturday in the Great Room at Robertson Mueller Harper. Charles graduated from R. L. Paschal High School in 1961. He attended the University of Texas of Arlington, receiving a BA in Business. Charles worked alongside his dad for many years, inventing and creating various successful business enterprises. He was preceded in death by his parents, W.I. and Dorothy Spitler, his daughter, Christi, and his brother, Bobby. SURVIVORS: In addition to his daughter, Tina, Charles is survived by three grandchildren, Kayla, Korey and Ace; four great-grandchildren, Adrian, Paris, Rodger, and Maryetta; and his brother, Doug and his wife, Pat, of Tallahassee, Florida. To send flowers or a memorial gift to the family of Mr. CHARLES BOND SPITLER please visit our Sympathy Store.
To order memorial trees or send flowers to the family in memory of Mr. CHARLES BOND SPITLER, please visit our flower store.