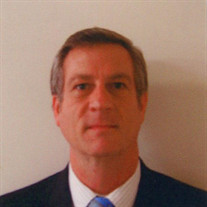 David Mack Henderson died Saturday afternoon, Dec. 3, 2016, following a courageous struggle with cancer. Mr. Henderson was 56. Service: 2 p.m. Thursday at Celebration Community Church, 908 Pennsylvania Ave., with a reception following the service. Memorials: In lieu of flowers consideration of contributions to Fairness Fort Worth, 3000 S. Hulen Street, Ste. 124-246, Fort Worth, TX 76109, in his memory, is suggested. Born in Fort Worth on July 25, 1960, David was the son of G. David and Janet Lawson Henderson. He graduated from L. D. Bell High School in 1978 and received a Bachelor of Arts degree from the University of Texas at Arlington in 1989 and a master's degree in music from the New England Conservatory of Music in 1992. David had completed one year of doctoral studies at Boston University. After being asked to resign as the UTA mascot, because he was gay, he refused and started one of the first LGBT student groups in the South. In 1984, he was a member of the board that founded the Dallas Pride Resource Center. David's music career, while living in Boston, included performances and recordings with the Boston Symphony Orchestra as a member of the Tanglewood Festival Chorus, the Boston Lyric Opera and Emmanuel Church Music. He directed an opera at Harvard's prestigious Lowell House. Returning to Fort Worth in 2009, David was a co-founder of Fairness Fort Worth, in the aftermath of the Rainbow Lounge raid. Seventy classes in sensitivity training, cultural cooperation and non-bullying were taught by David, teamed with other members of Fairness Fort Worth, to the Fort Worth Police Department, the Arlington Police Department and the Fort Worth and Birdville ISDs. In 2013, he was elected president of Fairness Fort Worth. After assisting the FWISD in setting guidelines for transgender student safety, he drew the attention of Lt. Gov. Dan Patrick, who openly opposed the guidelines which met federal regulations requiring non-discrimination for all students. In 2015, David served as foreman of the Tarrant County Grand Jury for three months, dispensing 1,600 indictments. This experience deepened his understanding and appreciation of the law. He was preceded in death by his father; brother, Philip C. Henderson; and grandparents, Wendell and Melba Lawson and Dr. J. M. and Genevieve Lawson. In addition to the four young men he mentored, Alex Loesch, Zane Dyer, Xavier Kahn and Tony Ramirez, David is survived by his mother, Dr. Janet L. Henderson; uncles, John Mack Lawson and his wife, Carol and Richard C. Lawson and his husband, Ron Coleman; aunt, Patricia Lawson; and cousin, Genevieve Lawson. To send flowers or a memorial gift to the family of Mr. DAVID MACK HENDERSON please visit our Sympathy Store.
To order memorial trees or send flowers to the family in memory of Mr. DAVID MACK HENDERSON, please visit our flower store.
Send a Sympathy Card