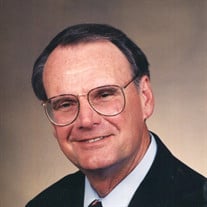 Benbrook, Texas – E. Donald Gerik passed away Friday morning, September 4, on his 82nd birthday. Service: A Celebration of his Life will be held at 4 pm Wednesday, September 22, at the Marty Leonard Community Chapel at Lena Pope, 3131 Sanguinet Street. Memorials: In lieu of flowers, consideration of contributions to the ASPCA, the Humane Society of Tarrant County or to a charity of choice, in his memory, is suggested. Born in West, Don was the son of Ben and Mary Slater Gerik. Soon after, he and his family moved to Fort Worth. He graduated from Arlington Heights High School and attended Arlington State College, now UTA, the University of Texas at Austin and completed his education at Texas Christian University. Don worked for 32 years at General Dynamics and Lockheed Martin in the Material and Contracts departments before retiring in 1995. He was a former member of Colonial Country Club where he actively served on several committees including the Tournament Committee for 35 years. He was preceded in death by his parents, his daughter, Wendy, and his brother, Richard. In addition to his daughter, Shari, Don is survived by his sister-in-law, Crish and his niece and nephews and their families. To send flowers or a memorial gift to the family of Mr. EDWARD DONALD GERIK please visit our Sympathy Store.
To order memorial trees or send flowers to the family in memory of Mr. EDWARD DONALD GERIK, please visit our flower store.