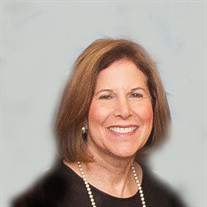 Elaine Cohn Nogen Stanton, a loving and nurturing mother of her two beloved children, Caron and Michael, and devoted wife to her husband, Jim, passed away in her home Sunday morning, May 21, 2017. She was 67. Service: 1 p.m. Tuesday in the Barnett Sanctuary at Congregation Ahavath Sholom, 4050 S. Hulen Street. Following committal prayers, she will be laid to rest in Ahavath Sholom Cemetery. Shiva will be held at the Stanton residence with minyan service beginning at 6 p.m. Tuesday. Memorials: The family respectfully requests that no flowers be sent. However, in lieu of flowers, consideration of contributions to Congregation Ahavath Sholom or Beth-El Congregation, in her memory, is suggested. Born in Fort Worth on December 12, 1949, Elaine was the daughter of Natalie and Harry Cohn. She graduated from R. L. Paschal High School in 1968 and then attended The University of Texas at Austin where she earned her Bachelor of Science in Education in three years and graduated with high honors. Elaine went on to receive a Masters of Education in Counseling with highest honors from TCU. In 1972, Elaine married Dr. Alan G. Nogen, who in 1986 unexpectedly passed away. In 1988, Elaine married Jim Stanton and began their 29-year honeymoon. Elaine’s devotion and strong commitment to Judaism led to her lifetime involvement in the Fort Worth Jewish community. She was an active member of congregations Ahavath Sholom and Beth-El where she served on boards and chaired committees. She maintained a Jewish home for her family and raised her children with strong Jewish values. Giving back to the community was important to Elaine. For 25 years, she volunteered every Christmas to serve food and provide gifts to the homeless with B’nai B’rith where she also served on the Board and frequently volunteered preparing and serving meals to seniors. Elaine also served as President of the Women of Scott Theater, Volunteer Coordinator for Shakespeare in the Park, a Mayfest Chair, and docent at the Kimball Art Museum and the Fort Worth Museum of Science and History. She was a teacher and later a school counselor. Being a stay-at-home mother was her favorite job. She and Jim loved to travel, so Elaine later became a Flight Attendant/Safety Instructor so they could take advantage of worldwide flight privileges and fulfill their dream of traveling once a month. She particular enjoyed visiting her children and grandchildren in California and New York. After being diagnosed with cancer two years ago, Elaine never complained or gave up. She maintained a positive attitude and cherished every moment with her family and many friends. Survivors: In addition to her husband, Jim, Elaine is survived by her children and grandchildren, Michael Nogen and his wife, Alisa, and their daughter, Aerin, Caron Nogen Zamansky and her husband, Alex, and their daughter, Nora; Jim’s children and grandchildren, David Stanton and his wife, Tami, and their children, Isabel and Philip; and Sarah Holland and her husband, Michael, and their daughters, Edith and Doris; brother, John Cohn and his wife, Barbara, and their son, Harrison; sister, Carol Cohn Toobin and her husband, Bernie, and their sons, Brian and Matthew; caregiver and friend of the family, Juanita Gonzalez; as well as many close friends who were her extended family. To send flowers or a memorial gift to the family of Mrs. ELAINE RUTH COHN NOGEN STANTON please visit our Sympathy Store.
To order memorial trees or send flowers to the family in memory of Mrs. ELAINE RUTH COHN NOGEN STANTON, please visit our flower store.