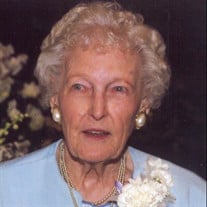 Fort Worth, Texas - Hazel Pierce Pafford passed away peacefully Wednesday morning, May 5, 2021. She was 98. Born in Lampasas County, Hazel was the daughter of her loving parents, Charley and Ada Pierce. She was the oldest child of seven, followed by Vernon, Melvin, Ray, Joe, Betty and Chris. They were a very close family, raised with high morals and a deep Christian belief and remained close throughout their lives. In 1941, Hazel married Raymond Pafford at age 19. They had daughter, Nina in 1943 and Raymond left to serve in the war in the Pacific soon after. Following his return, they had another child, Butch, and three other children, Darlene, Ronnie and Tim who followed in later years. Hazel was a sweet, kind and beautiful soul who was loved by anyone and everyone who had the privilege of having her in their life. She was a wonderful mother to her children and a wonderful second mother to her younger siblings. A wonderful grandmother and great-grandmother, she gave of herself and showered special attention on each and everyone of them. She remembered everyone's birthday and sent each a card with a personal note and a $2.00 bill every year. She was preceded in death by her parents; her first husband, Raymond Junior Pafford; her second husband, Bobbie Ray Pafford; her daughter, Nina Carol Lauderdale; son, Ronnie Pafford; brothers, Vernon and Melvin Pierce; and sisters, Betty Dickinson and Chris Grooms. In addition to her son, Butch Pafford, Hazel is survived by her daughter, Darlene McFarland and her husband, Dale; 15 grandchildren; 18 great-grandchildren; brothers, Ray and Joe Pierce; and numerous nieces and nephews and their families. Hazel was a pure delight. She left this earth and all the lives she touched for the better and will be greatly missed by all. To send flowers or a memorial gift to the family of Mrs. HAZEL PIERCE PAFFORD please visit our Sympathy Store.
To order memorial trees or send flowers to the family in memory of Mrs. HAZEL PIERCE PAFFORD, please visit our flower store.
Send a Sympathy Card