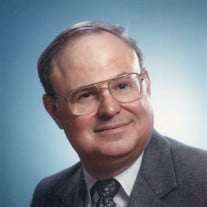 FORT WORTH – Hugh Lamensdorf passed away Friday evening, October 26, 2018, after a long struggle with pulmonary fibrosis. Dr. Lamensdorf was 82. MEMORIAL SERVICE: A Celebration of His Life will be held 3 p.m. Thursday at Beth-El Congregation, 4900 Briarhaven Road, with a reception to follow in the temple’s Great Hall. He was laid to rest privately on Monday in the Beth-El Section of Greenwood Memorial Park. MEMORIALS: In lieu of flowers, consideration of contributions to Beth-El Congregation, at www.bethelfw.org, or the Presbyterian Night Shelter, at www.journeyhome.org, in his memory, is suggested. Hugh Lamensdorf was committed to his family, his patients, and the city of Fort Worth. He was raised in the small town of Shelby, Mississippi by parents, Roseann and Jerome Lamensdorf, and enjoyed a large extended family that resided across the Mississippi Delta and gathered often for holidays and special events. His many cousins were playmates and life-long friends. Hugh moved to New Orleans in 1954 to attend Tulane University and stayed until 1966, graduating with honors with a psychology and a medical degree, and completing his residency in Urology at the Ochsner Foundation Hospital. He married Louise Lamensdorf of Monroe, Louisiana in 1958 and they also enjoyed a rich tapestry of friends from college, medical school and residency during their time in New Orleans. Hugh’s Zeta Beta Tau fraternity brothers spread across the US after graduation and Hugh was meticulous about keeping in touch with them and his medical school colleagues. One of the highlights of his last years was attending his 50th Tulane Medical School reunion. The Lamensdorf’s moved to Fort Worth in 1966 to serve at Carswell Air Force Base as an Air Force Captain, delivering medical care to soldiers returning from Vietnam. Hugh and Louise were welcomed with open arms to the Fort Worth community and decided the city would be the best place to practice medicine and raise their growing family. Hugh joined the Urology Clinic as the third practice partner. It eventually grew into the Urology Clinics of North Texas. He provided urologic care to thousands of patients during his career that spanned from 1968 to 2002. He was recognized by his peers for his medical expertise by being inducted into the American College of Surgeons, The International Urologic Association (Internationale d’ Urologie), and becoming a Clinical Professor of Surgery at University of Texas Southwestern Medical School. While running a busy medical practice and raising four children, he never tired in taking on leadership roles throughout the Fort Worth community and beyond. In his efforts to always advocate for patients, he joined the local, state and national medical associations and began to take on leadership roles in policy development. He was elected president of the Tarrant County Medical Society in 1990 and a board delegate from Texas to the American Medical Association. By 1996, he was chosen by his peers to be president of the Texas Medical Association. In his role, he led efforts across the state, at the State Capitol and nationally to improve rights for patients. He tirelessly advocated the position that the physician and patient should have the right to make care decisions together. He felt strongly about giving back to the Fort Worth community that had made his family’s life so special. He served as president of Beth-El Congregation from 1989 to 1991, assisting the congregation in a period of growth. He served on the Board of Directors of the City’s Historic Southside from 1989-2002 that led to the successful Magnolia Avenue revival. In his later years, he particularly enjoyed serving on the Board of Directors of the Presbyterian Night Shelter and building interfaith connections in the community. His commitment to the community and his family will be truly missed. He was preceded in death by his parents and oldest son, Jerry. SURVIVORS: In addition to his wife of 60 years, Louise, Hugh is survived by his daughter, Marilyn; his sons and their wives, Brad and Julia and Jonathan and Sarah; and four grandchildren, Nathan and Sally Shashoua and Lola and Sykes Lamensdorf. To send flowers or a memorial gift to the family of HUGH LAMENSDORF, M.D. please visit our Sympathy Store.
To order memorial trees or send flowers to the family in memory of HUGH LAMENSDORF, M.D., please visit our flower store.
Send a Sympathy Card