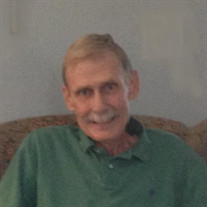 FORT WORTH -- Jack passed from this life Tuesday afternoon, June 7, 2016. Mr. Collier was 65. Memorial Service: A celebration of his life will be held at 2 p.m. Sunday, June 12, at the church he attended, University United Methodist Church, 2416 W. Berry Street. Memorials: In lieu of flowers, please consider contributions to Meals on Wheels of Tarrant County, in his memory. Jack Wynne Collier, the only son of Wynne and Coye Collier of Tahoka, Texas, was born November 16, 1950. Unusually bright, he often won spelling competitions as a boy. Jack held a private pilot's license for many years and enjoyed flying his Cessna 172. He assisted a number of fellow pilots in obtaining their pilot ratings. In addition, Jack was an avid reader and had a keen interest in music. In 1999, he married his wife, Jere; together they raised their sons, Adrian and Sam. The family enjoyed winter ski trips and sunny Mexico vacations. In addition, Jack enrolled his sons in Westside Little League and attended every baseball game. He loved watching the boys excel as team players for the league. He was also a fan of the Arlington Heights High School sports program where he enjoyed attending his son's football and baseball games. After years of working around the United States as a roofing contractor, Jack established his own company in Fort Worth, Jack's Roofing, LLC. He was known for his honesty and hard work in the field of construction. As president and CEO, he developed relationships with community contractors, realtors, and other business leaders. His position allowed him to charitably contribute to several building projects in Fort Worth. One of his favorite areas was the historic Fairmount community in the city's near southside. Jack's sons joined the daily management of the company and will continue their father's legacy by building on the sound business principles they learned. Jack's family and friends will remember him for his kindness, humility, intellect, and delightful sense of humor. He was preceded in death by his parents and sister, Carolyn Cleveland. Survivors: In addition to his wife and sons, Jack is survived by his sister and her husband, Jan and Dwight Oldham; nieces, Jill Johnson, Staci Ramos, Sheri Short, Stephani Hambrick, Shelli Firmin and Susan Weldon; and nephews, Gary Cash and Scott Cash. To send flowers or a memorial gift to the family of Mr. JACK WYNNE COLLIER please visit our Sympathy Store.
To order memorial trees or send flowers to the family in memory of Mr. JACK WYNNE COLLIER, please visit our flower store.
Send a Sympathy Card