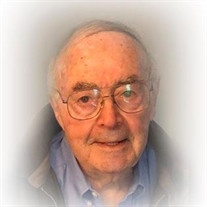 FORT WORTH -- Jack Martin Gerrick passed away Wednesday, January 15, 2020, surrounded by family, due to health complications. He was 88. Jack was a beloved grandfather, father, husband, son, military veteran, and hardworking entrepreneur. SERVICE: 10 a.m. Friday in the Barnett Sanctuary at Congregation Ahavath Sholom, 4050 S. Hulen Street, with Rabbi Andrew Bloom and Hazzan Jeffrey Weber officiating. Following committal prayers, he will be laid to rest in the Beth-El Section of Greenwood Memorial Park. MEMORIALS: The family respectfully requests that no flowers be sent. However, consideration of contributions to a charity of choice, in his memory, is suggested. Jack was born on May 12, 1931 in Chicago, Illinois to his parents, George and Evelyn Gerrick. George and Evelyn immigrated to Chicago from Eastern Europe. George began working in produce without being able to speak English. When Jack was just age 1, his dad was offered the opportunity to grow grapefruit trees in South Texas, which brought them to Pharr, Texas on the Mexico border. Jack was the oldest of 4 children, with siblings Albert, Dolores, and Jerry. They were one of two Jewish families in the town of 2,500 people. Jack graduated from high school in 1949, spending the following summer at Texas A&I in Kingsville. He got a scholarship to play football at University of Texas at Austin, but during his freshman year, he was drafted in to the Air Force at the start of the Korean War. After training in San Antonio and then being transferred to Roswell, NM, Jack got transferred to his future forever home of Fort Worth where he got a life-changing assignment. He joined the National Service Football team where he went on to win a national championship and have some of the best times of his life. Staff Sgt. Gerrick finished his military service in 1954 and returned to UT. While at UT, Jack met the love of his life, Joyce Gray Gerrick, in 1955, getting married in 1956. He and Joyce enjoyed nearly 64 years together prior to his passing. After Jack graduated with a business degree, they moved to Birmingham, AL, where he spent 6 years — first as an orderly in a hospital — delivering a baby his first day — to eventually learning the mattress business. Jack and Joyce welcomed daughter Gayle and son Mark during their time in Alabama. Missing Fort Worth, they headed back in 1962, and Jack got a job at Sealy Mattress. After leading the nation in posturepedic sales one year, pounding the pavement on small accounts (and impressing his big city counterparts), Jack decided to start his own mattress company. He and his partner worked long hours, doing every job throughout the business in order to make it work. Jack was proud to hand the business over to his son, Mark in 1990, taking it to new heights. He followed his long career still helping regularly at the business, volunteering often—especially at his beloved Fort Worth Stockyards, making some investments, and spending time with friends and family. Survivors: Jack is survived by his wife Joyce; his brother Jerry; his daughter, Gayle and her husband, Bryan Hirsch; son, Mark and his wife, Roberta Gerrick; his granddaughter, Rebecca and her husband, Daniel Conroy and their children, Lily and Levi; his granddaughter, Jessica and her husband, Jeffrey Zucker; and his grandchild, Brandon Bito and his fiancé Molly Marek. To send flowers or a memorial gift to the family of Mr. JACK MARTIN GERRICK please visit our Sympathy Store.
To order memorial trees or send flowers to the family in memory of Mr. JACK MARTIN GERRICK, please visit our flower store.