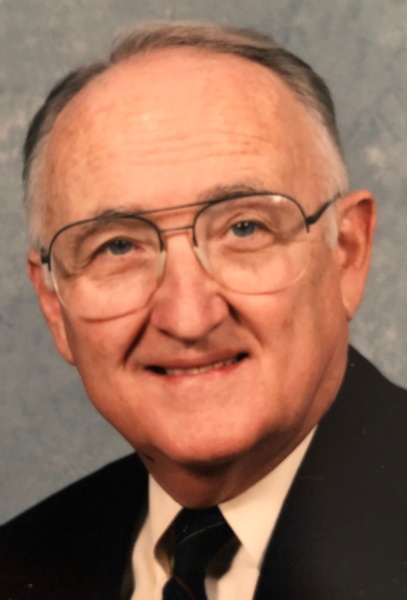 Fort Worth, Texas – Dr. Jack L. Pierce passed away at home Friday afternoon, May 27, surrounded by his family.  He was 91.

A Celebration of Jack’s Life will be held at 2:00 p.m. Monday, June 6, in the Chapel at Christ Chapel Bible Church, 3701 Birchman Avenue, with a reception to follow.  He will be laid to rest privately in Greenwood Memorial Park.

Born in Arkansas City, Kansas, Jack was the son of Leroy Phillip and Nancy Nadyne Benefiel Pierce.  The family moved frequently before settling in Joplin, Missouri, where Jack called home.  He earned Bachelor of Science and Doctor of Dental Surgery degrees from the University of Kansas City (now UMKC).  While in Kansas City, he met and married Patricia Ann Adams in 1955.

Following graduation from dental school in 1956, he joined the United States Public Health Service and was assigned to the USPHS Hospital in Fort Worth.  After his two-year term of service was completed, Jack and Pat changed their original plan to return to Kansas City and instead put down roots in Fort Worth, where Jack established a private practice.  Sons, Craig Andrew and Brent Hunter, were born in 1962 and 1963, respectively, and the Pierces became involved in the Fort Worth community through Jack’s practice and Pat’s career in residential real estate and volunteer work, through Trinity Valley School, Christ Chapel Bible Church, Bible Study Fellowship, and other interests.

Fulfilling a professional goal, Jack practiced dentistry for fifty years, retiring in 2006.  He loved his profession and practiced it well, both in and out of the office.  He treated patients in nursing homes, participated in FWISD science fairs, and evaluated and awarded scholarships for hygienist students, among other activities.  He served as president of the Fort Worth District Dental Society and of the Texas Dental Association; as a member of the Board of Trustees of the American Dental Association; and was a member of the American College of Dentists and the International College of Dentists.  Jack was a member of the identification teams following the crash of Delta Air Lines flight 1141 at DFW International Airport in 1988 and the events at Mount Carmel in Waco in 1993.

Jack was a kind man and loving husband and father.  He had many interests, including music, motorcycles, British sports cars, college and professional football, reading, and any activity in which his sons participated.  He played piano, cornet, and bassoon, and was a member of the Dallas Cowboys Band when the team played in the Cotton Bowl in the 1960s.  He kept up with childhood friends, returning to Joplin for high school reunions, including their 70th in 2018.  Jack especially enjoyed traveling to New Mexico with his sons and making new friends in Taos and Santa Fe.  He returned from those trips tired but happy and couldn’t wait to be on the road again.

The family would like to thank the staff at Community Healthcare of Texas for their kindness and compassionate care.

In addition to his wife of 66 years, Pat, Jack is survived by his sons, Craig and Brent; sister-in-law, Barbara Justus of Kansas City; brother-in-law, Charles Adams and family of Colorado Springs and Seattle; and several cousins.

Memorials:  In lieu of flowers, consideration of contributions to the Texas Dental Association Smiles Foundation, 1946 South IH-35, Suite 400, Austin, TX 78704; the Prayer Bear Ministry at Cook Children’s Medical Center; or the Benevolence Fund at Christ Chapel Bible Church, in his memory, are suggested.

To order memorial trees or send flowers to the family in memory of JACK L. PIERCE, D.D.S., please visit our flower store.