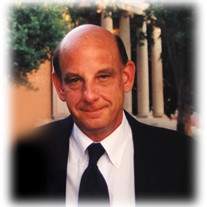 FORT WORTH – Jack Thomas Wright passed peacefully from this life Friday evening, November 15, 2019. Mr. Wright was 67. VISITATION: Family and friends will gather from 5 to 7 p.m. Wednesday in the Great Room at Robertson Mueller Harper. SERVICE: A Service of Christian Burial will be celebrated at Noon Thursday at All Saints Episcopal Church, 5001 Crestline Road. MEMORIALS: In lieu of flowers, consideration of contributions to Scholarship Support for Student Athletes at TCU, in his memory, is suggested. Born in Fort Worth on December 15, 1951, Jack was the son of William Wesley and Frances Sunderland Wright. He graduated from R. L. Paschal High School in 1970. He received a B.A. in Government and Business from TCU in 1973, and an MBA from Thunderbird School of Global Management in 1975. He married his high school sweetheart, Patricia Ann Wight, on August 9, 1974, at Robert Carr Chapel in Fort Worth. The couple just celebrated their 45th wedding anniversary. Jack was a medical IT sales director for Micromedex, the largest online reference database for drug and toxicology information. He was a top salesman and received many accolades and national awards during his tenure at the company. Avid TCU football fans, Jack and Patty attended games for decades where they sat on the 35-yard line within earshot of the coaching staff, to whom Jack generously offered many suggestions. He was an incredible husband, father, grandfather, brother, and loyal friend to all. He was highly spirited, optimistic, and full of hope – especially when it came to TCU football. While he was feisty on the outside, he was soft-hearted and loved his family and friends fiercely. He could always be seen around town with his beloved Australian Shepherd, Dude. Jack enjoyed college football, golf, IndyCar racing, and traveling with his family to beautiful beaches and Europe – experiences that shaped memories that will last a lifetime. Friends will remember his dinner parties and the giant brontosaurus steaks he grilled while listening to the tunes of Frank Sinatra and Chuck Berry. Jack was an incredibly well-read history buff and had a voluminous collection of old movies and books he loved to share with family and friends. His greatest lessons to us all are to never lose your sense of humor and to always look on the bright side of life. Jack was president of his fraternity, Kappa Sigma, at TCU and a member of Ridglea Country Club, All Saints Episcopal Church, the TCU Alumni Association, and the Frog Club. He was also a proud founding member of the Tailgate Club at Wright Stadium. Jack was preceded in death by his parents and son, Jack Thomas “JT” Wright Jr. SURVIVORS: In addition to his wife, Patty, Jack is survived by his daughter and son-in-law, Rachel and David Shortt; his two grandchildren, who were the light of his life, Charlotte and Shepard Shortt; brothers, Terry and his wife Marsha, and their sons, Michael and Todd, Bill and his wife, Paula, and their children, Scott, Sundie Kaye, and Shelly, and Jim and his wife, Sherri and their sons, Robert and Mark) brother-in-law and sister in-law, Bill and Susan Wight; and many lifelong friends. To send flowers or a memorial gift to the family of Mr. JACK THOMAS WRIGHT please visit our Sympathy Store.
To order memorial trees or send flowers to the family in memory of Mr. JACK THOMAS WRIGHT, please visit our flower store.