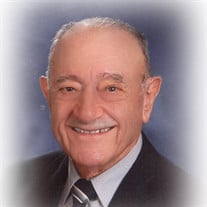 FORT WORTH -- John Edward Dieb passed away Wednesday evening, May 17, 2017. He was 88. Memorial Service: 10 a.m. Tuesday at St. Christopher's Episcopal Church, 3550 SW Loop 820 with a reception to follow in the church's Parish Hall. He will be laid to rest privately in Laurel Land Memorial Park. Memorials: In lieu of flowers, contributions may be made to the Shriner’s Hospitals for Children, P.O. Box 1320, Fort Worth, TX 76101. Born Aug. 22, 1928 in Fort Worth, John graduated from R.L. Paschal High School. He aspired to attend Texas A&M University; that dream was fulfilled in 1949 when he graduated with honors, receiving his Bachelor's Degree and a commission in the U.S. Army Reserve. He went on to serve as an infantry officer in the Korean War. Following his discharge from the Army, John joined his father at the Western Drug Company for 31 years. After selling the company in 1980, his later enterprises included a partnership with Cross Custom Jewelers, real estate auction sales, pre-need funeral home sales, and other sales endeavors. John's big love was the Shrine. He was a York Rite and Scottish Rite Mason and a Shriner, serving as the Captain of the Shrine Patrol Drill Team, Colonel of the uniformed units, and Potentate of Moslah Shrine in 1979. He later served multiple times as Recorder and Treasurer. John represented the Fort Worth Shrine on the Board of the Shrine Burns Hospital for Children in Galveston, Texas. He was also involved with the Royal Order of Jesters, Court #32, as part of the annual initiation ceremony for 35 years. He loved singing and playing guitar and his regular gin rummy games and playing tennis. John volunteered many years at Baylor All Saints Hospital in the surgery waiting room. As a lifelong Episcopalian, he found his calling as a Stephen Minister, gaining much comfort and satisfaction serving others in this ministry. John will be remembered as a man of integrity, honesty, and dedication to duty, as well as a dependable and loyal friend. He was a good husband, father, grandfather, and great-grandfather and will be missed by many. He was preceded in death by his parents; wife, Betty Alice; and daughter, Julie Doyle. Survivors: In addition to his daughters, Debbie Dieb and Karla Cross and her husband, Rick, as well as many grandchildren and great-grandchildren John is survived by his brother, Ronny. To send flowers or a memorial gift to the family of Mr. JOHN EDWARD DIEB please visit our Sympathy Store.
To order memorial trees or send flowers to the family in memory of Mr. JOHN EDWARD DIEB, please visit our flower store.