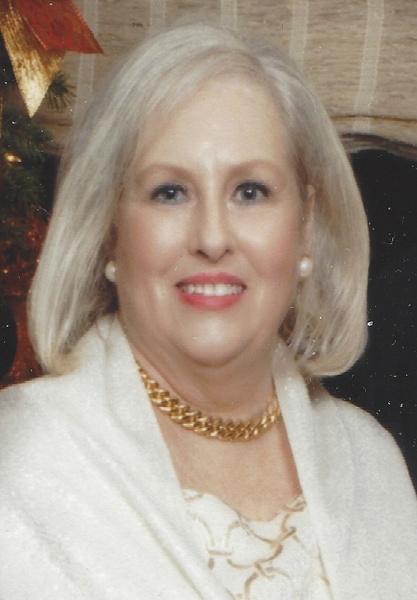 Longtime Fort Worth resident Karen King Barr passed away April 11th following a lengthy battle with pancreatic cancer.
Family and friends will gather from 5 to 7 pm Thursday in the Great Room at Robertson Mueller Harper.  Karen will be remembered in a Memorial Service at 2 pm Friday, April 15 in the Sanctuary at University Christian Church, 2720 S. University Drive.  She will be laid to rest privately in Greenwood Memorial Park.
Born November 3, 1945, Karen was the daughter of the daughter of Helen Christine Smith King and William George “Dub” King, while her father was stationed in Mineral Wells in the U.S. Army. She grew up in College Station and Waco while her father was sports information director first at Texas A&M and then Baylor universities.
Karen Barr had the honor of serving as the first lady of Fort Worth during her husband Kenneth Barr’s tenure as mayor from 1996 to 2003.  While she was not directly involved in civic affairs, she was an astute observer and an intuitive adviser to her husband, family, and friends. Mrs. Barr was a lifetime fashionista and consistently a snappy dresser.  She and Mr. Barr met on a blind date in 1968 and were married July 11, 1970, in Waco.
Mrs. Barr attended public school in Waco and graduated from Richfield High School in 1964. She lettered in tennis all three high school years. High school friend Carol Turner described Karen’s greatest pleasure was being with her friends where she was “always smiling and laughing, displaying her truly wicked sense of humor.”
Sher graduated from Texas Christian University in 1968 with a BA degree in history, where she was president of the Alpha Delta Pi Sorority chapter and a member of Corps Detts.  She also was a member the Junior League, Lecture Foundation, and University Christian Church (Disciples of Christ) and was a former member of the board of directors of the Parenting Center.
After college, she was legal secretary to Dee Kelly Sr. and later office manager for the Kelly Hart and Hallman law firm. She also worked as litigation supervisor for Millers Insurance Group.
“Karen Barr was my first friend when I moved to Fort Worth in November 1977,” said Dorothy Wing. “We were neighbors in Mistletoe Heights and walked together early each morning, enjoying the sounds of the lions and elephants from the zoo, talking politics, and laughing about life.”
Former Fort Worth mayor Mike Moncrief, said, “Kenneth and Karen were the perfect match. They complemented each other’s strengths.”  Rosie Moncrief added, “Karen was gracious, graceful, smart, witty, and could read a room better than almost anyone.  I’ve been there. It isn’t easy. But Karen always managed to make it look easy. We will miss her and think of this very special lady often. She left a mark on all of our hearts."
She was preceded in death by her parents.
In addition to her husband, Kenneth, Karen is survived by her daughter, Katherine Barr Smith and her husband, Raleigh; grandchildren, James Edward Smith and Ophelia Christyne Smith; and her brother, Robert Anderson “Andy” King of Raton, New Mexico.
Memorials:  In lieu of flowers, consideration of contributions to The Gladney Center for Adoption or the Tarrant County College Foundation, in her memory, is suggested.

To order memorial trees or send flowers to the family in memory of Karen King Barr, please visit our flower store.