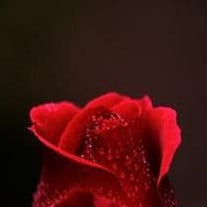 FORT WORTH – Maurice Vachel Cotharn passed away peacefully Monday morning, Dec. 4, 2017. Mr. Cotharn was 90. SERVICE: 11 a.m. Saturday, Dec. 16, at St. Stephen Presbyterian Church, 2700 McPherson Ave. Military Honors will be held for Mr. Cotharn at Dallas-Fort Worth National Cemetery. MEMORIALS: In lieu of flowers, consideration of contributions to St. Stephen or to a charity of choice, in his memory, is suggested. Raised in Central Texas, Vachel was born April 28, 1927, the son of Austin Bonaparte and Lutie Nelson Cotharn. One of eleven children, he grew up on a farm during the Great Depression. Vachel joined the Merchant Marines and later the U.S. Army, attaining the rank of Sergeant. He was stationed in Germany during the Korean War. Returning to the U.S., he worked in sales with Standard Oil in New Jersey, then returned to Waco where he worked with Rohan Company and Badger Meter. In 1957, Vachel married Nancy Beth Post. In their early years of marriage, they enjoyed dancing and horseback riding. After moving to Fort Worth in 1965, Vachel worked for Trinity Valley Iron and Steel where he became sales manager before retiring in 1982. Vachel enjoyed playing golf, bird hunting, watching sports and time with family. He was passionate about coaching youth baseball, spending 10 years as a coach for the University Little League. Among his memberships were St. Stephen Presbyterian Church and Colonial Country Club, where he volunteered for the club’s tournament. SURVIVORS: In addition to his wife of 60 years, Nancy, Vachel was father of Greg, Bruce and his late wife, Lisa, and Bradley Cotharn and his wife, Kris; grandfather to Courtney Cotharn-Lambert and her husband, Garrett, Jake Pippen and his wife, Catharine, Baron Cotharn and his wife, Sam, Austin and Kacy Cotharn; great-grandson, Louie and Baron Jr.; and nieces and nephews and their families. To send flowers or a memorial gift to the family of Mr. MAURICE VACHEL COTHARN please visit our Sympathy Store.
To order memorial trees or send flowers to the family in memory of Mr. MAURICE VACHEL COTHARN, please visit our flower store.