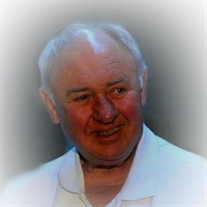 ARLINGTON -- Michael Franklin Edmonds passed away peacefully Sunday evening December 10, 2017. Mr. Edmonds was 73. SERVICE: 2 p.m. Saturday in the chapel at Robertson Mueller Harper. Family and friends will gather from 1 to 2 p.m. at the funeral home. MEMORIALS: In lieu of flowers, consideration of contributions to the Humane Society of North Texas, 1840 E. Lancaster Avenue, Fort Worth, TX 76103, the Sisters of St. Mary of Namur, 909 W. Shaw Street, Fort Worth, TX 76110, or to a charity of choice, in Mike’s memory, is suggested. Born October 18, 1944 in McAlester, Oklahoma, Mike was the son of Robert John and Grace Nowlin Edmonds, who both preceded him in death. He married Elizabeth Ann Tillery on November 22. 1969. After graduating from Hanover High School in Hanover, Mass., and attending Rollins College in Winter Park, Florida, the University of New Hampshire, and the University of Texas at Arlington, Mike graduated from Sam Houston State University with a degree in criminal justice. He completed the ROTC program at UTA and served as an officer in the U.S. Army. Mike spent 30 years as a Dallas Police officer, retiring as a sergeant in 2000. He was a kind, gentle man who loved his family, his home, his many friends, and his pets. SURVIVORS: In addition to his wife of 48 years, Ann, Mike is survived by his daughter, Lisa; and a large extended family and many friends. To send flowers or a memorial gift to the family of Mr. MICHAEL FRANKLIN EDMONDS please visit our Sympathy Store.
To order memorial trees or send flowers to the family in memory of Mr. MICHAEL FRANKLIN EDMONDS, please visit our flower store.