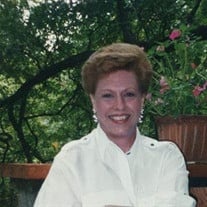 PRISCILLA RUTH ROGERS BRUTSCHE Priscilla Ruth Rogers Brutsche left our world to be with our Eternal Heavenly Father on Easter Sunday, April 16, 2017. Mrs. Brutsche was 72. Memorial Service: 1 p.m. Saturday in the sanctuary of First United Methodist Church of Fort Worth, 800 W. Fifth Street. Family and friends will gather in the church’s Wesley Hall immediately following the service. Memorials: Pris was a courageous and graceful warrior in a twelve-year fight against Breast Cancer. In lieu of flowers, consideration of contributions to the American Cancer Society, in her memory, is suggested. Born in Vernon on May 8, 1944, Pris was the daughter of Colonel Robert Charles and Dollye Jane Moore Rogers. She grew up an “Air Force Brat” and lived in many places including Vernon, Princeton, NJ and London, England. Pris attended Stephens College in Columbia, MO and received her Bachelor’s Degree from Southern Methodist University. She worked for several years at First United Methodist Church of Fort Worth where she met her best friend and soul mate, John D. “Buddy” Brutsche Jr. They were married on April 19, 1975 and shared 42 years of love and laughter. Buddy described Pris as “a true lady with class and grace”. Pris had a passion for travel visiting many places with Buddy and her cousins and best friends, Jim and Mary Ann Johnson. Some of her favorites included Mendocino, Florence, Paris, and Alaska. A fantastic gourmet cook, she loved entertaining friends and family more than anything in the world. She was a beautiful woman, both inside and out; a loving mother, wife and friend with a compassion for others and a fiery passion against injustice. It has been rumored Pris was a tad opinionated and we have yet to find any evidence to the contrary. She was preceded in death by her parents; brother, Robert C. Rogers Jr.; and her beloved cats, Chandler and Amber. Survivors: In addition to her husband, John D. Brutsche Jr., she is survived by her daughter, Tracy Traver Hutto; son and daughter-in-law, Jon and Jennifer Traver; stepson and daughter-in-law, Tony and Brenda Brutsche; stepdaughter and son-in-law, Staci and Tom Stager; stepdaughter and daughter-in-law, Stephanie and Jolynn Brutsche; grandchildren, Madison Traver, Jack and Charlie Hutto, Austin Herrin, Carson Johnson, Ellie, Maggie and Abby Brutsche, and Russell and Walter Stager; and sisters-in-law, Nancy White and her husband, John, and Beverly Rogers and their families. To send flowers or a memorial gift to the family of Mrs. PRISCILLA RUTH ROGERS BRUTSCHE please visit our Sympathy Store.
To order memorial trees or send flowers to the family in memory of Mrs. PRISCILLA RUTH ROGERS BRUTSCHE, please visit our flower store.