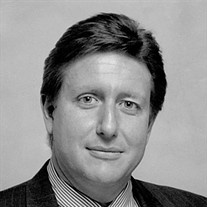 BONHAM – Richard Lee Collins passed away peacefully early Wednesday morning, April 18, 2018, after years of battling numerous cancers. He was 69. SERVICE: A celebration of his life will be held at 2 p.m. Tuesday in the Sanctuary of University Christian Church, 2720 S. University Drive, with the Rev. Cyndy W. Twedell officiating. Family and friends will gather in the church’s Gallery Area immediately following the service. Military Honors will be held at 11:30 a.m. Wednesday at the Dallas-Fort Worth National Cemetery. Those wishing to attend need arrive by 11:15 a.m. in the cemetery’s Lane 3. MEMORIALS: In lieu of flowers, consideration of contributions to Cowtown Warriors (Wounded Veterans), the Humane Society of North Texas, or any charity of your choice, in his memory, is suggested. Born in Fort Worth on February 24, 1949, Rick or Rickey, as he was known to family and friends, was the son of Jack Benson and Jean Elizabeth Atkinson Collins. He graduated from R.L. Paschal High School in 1967, and Texas Christian University in 1974. In 1970, Rick volunteered to serve in the U.S. Navy, stationed in the Philippines, with two tours of duty in the Vietnam War. Later, he had a long, successful career as an executive salesman at EDS, Apollo and Microsoft, among others, with numerous sales records and commendations. Among Rickey’s talents was a lifelong passion for music, for which he had a natural ability. He was an accomplished, respected guitarist whose playing styles were many. He was preceded in death by his parents and high school sweetheart and wife of 36 years, Sally Thompson Collins. Sally also attended TCU, and was an experienced registered nurse for twenty-five years, prior to her death in 2010. In 2013 Rick remarried, to Victoria Quezada, who loved and cared for him, especially during the difficult years of his decline while still at home. Rickey’s sister Mary would like to give special thanks to the nursing staff of Clyde W. Cosper State Veteran’s Home in Bonham, especially Haley, Ben, Karin, Kelly and Julie, and the rest of the wonderful aides & staff who cared for him over the past two years. She also thanks Pathway Hospice for helping her brother through his final days. SURVIVORS: In addition to his daughter and her husband, Kate and Cain Williams, Rick was grandfather to Gracie and Sadie; brother, Charley Collins and his wife, Carol; sister, Mary A. Collins and Ric Spiegel; niece, Kendall C. Smith and family; nephew, Colby Collins and family, cousins, Tom and Mike Atkinson and their families; sister-in-law, Sue Bagby and her husband, Dick. To send flowers or a memorial gift to the family of Mr. RICHARD LEE COLLINS please visit our Sympathy Store.
To order memorial trees or send flowers to the family in memory of Mr. RICHARD LEE COLLINS, please visit our flower store.