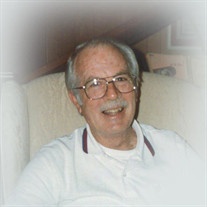 FORT WORTH -- Richard Harris "Dick" McClendon passed away Wednesday morning Oct. 5, 2016. Mr. McClendon was 78. Celebration of life: Noon Saturday in the chapel at Robertson Mueller Harper. Visitation: Family and friends will gather Saturday from 11 until service time at the funeral home. Memorials: In lieu of flowers, consideration of contributions to a charity of choice, in his memory, is suggested. Born in Waco on Sept. 14, 1938, and raised in Denton, Dick was the son of Richard Grubbs and Lona Mae Harris McClendon. He and his wife, the former Carol Ann Singletary, moved to Fort Worth to raise their family. Dick began his career as a radio announcer at KDNT, where he called the local baseball games. He later went into sales and eventually retired from Pitney Bowes. On most Sunday afternoons, you could find him cheering on the Dallas Cowboys. Up until his final hours, Dick remained hopeful that his beloved Texas Rangers would finally win the World Series! The United States winning the Ryder Cup was exciting for him to watch, just days ago. Survivors: In addition to his wife, Carol, Dick is survived by his daughters and their husbands, Deanna McClendon, Lori and Billy Tucker and Jill and Brian Del Rio; grandchildren, Adrienne Wells and Scott, Mallory Gelert, Aaron Tucker and Leah Tucker and Kelsey Del Rio and Sarah Del Rio; and great-granddaughter, Eleanor Wells. To send flowers or a memorial gift to the family of Mr. RICHARD HARRIS "Dick" McCLENDON please visit our Sympathy Store.
To order memorial trees or send flowers to the family in memory of Mr. RICHARD HARRIS "Dick" McCLENDON, please visit our flower store.