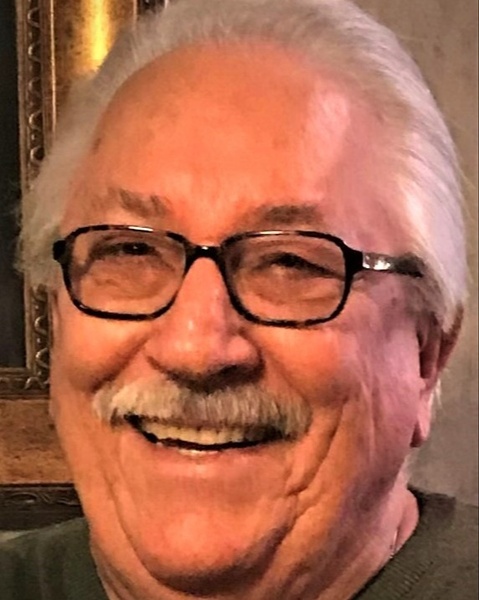 Richard Arlen Young was a beloved husband, father, grandfather, brother, uncle, and friend. He passed away on July 20, 2022, at the age of 78 in Fort Worth, Texas. Richard brought joy and warmth to the lives of the people who knew him, and his loved ones grieve his passing.

Richard was born on March 16, 1944, in Napa, California, but he spent his childhood and many years of his life in Wichita Falls, Texas. Richard grew up on York Street, and it was in the neighborhood around York that he met lifelong friends such as Tuffy and Linda Warren, Billy and Charlotte Mills, Joe Hallford, Bobby and Billy Johnson, Mike Smith, and David and Shelby Stepp. He went to Sam Houston Elementary School, Barwise Junior High School, and Wichita Falls High School. He graduated from the Old High in 1963.

As a young man, Richard worked with his father Frank in the welding business. The knowledge and skills he learned from his father provided a foundation for Richard’s long, successful career in steel fabrication. Richard became a talented welder in his own right, and he worked hard to learn the different facets of the steel fabrication business, advancing into management positions. Richard worked for several prominent companies in the industry, and he ultimately retired from Conveyors, Incorporated in Sales and Engineering in 2019.

Richard’s career took him to the Dallas-Fort Worth Metroplex where he met his love Carol. She became his wife and companion for the rest of his life. Richard and Carol shared a great love of family and travel, and their life together was filled with happiness, excitement, and the love of the family they created. Family was dear to Richard. He cherished being near to and seeing his loved ones, and he visibly treasured and relished the time he spent with them.

Music was an essential part of Richard’s life. He developed an affinity for the guitar at a young age, and he was a gifted musician. As a teenager, Richard became part of the lively North Texas rock-and-roll scene. In the 1960s and beyond, he played with popular Wichita Falls bands and well-known musicians who were among his closest friends, including Mike O’Neil, Don Kelly, David Holcomb, David Garrison, Gary Gregg, Jerry Fisher, Carmen and Carl Flick, Dickie Guthrie, and Larry Richter. Some of Richard’s fondest memories were of the times he spent making music with his friends and fellow musicians, and he continued to play with them in his later years, including at the occasional Wichita Falls venue.

Photography combined Richard’s loves of family and travel. He became interested in photography when he was young, and for many years family gatherings were incomplete without the sound of Richard’s camera shutter. He had a keen eye for recognizing and capturing a moment that allowed others to see it as he saw it—whether the delight of a loved one during the holidays or a memorable experience on travel. Richard and Carol traveled frequently, often with family and friends. Their adventures took them to Mexico, Cuba, Belize, Italy, and elsewhere. Richard read avidly about the world, including ancient Egypt and the pyramids, and he wanted to experience it. At the end of his life, he spoke about the places where he hoped he and Carol would travel next.

Richard lived a full life. He took risks, he explored, he created, and he loved deeply. He had humor, with an easy laugh and a quick smile, but he was serious about the things that were important. Although his life was long, it was not nearly long enough; there was more music to make, there were more places to see, and there were more experiences to have. His passing came far too soon.

Richard was preceded in death by his dear parents, Paul Frank and Pauline Grace Young.

Richard is survived by his wife, Carol; his daughter, Tracy Carter; his daughter, Christa Moses and her husband, Jeff; his son, Jason Amon and his husband, Rodney Wade; his grandchildren, David and Sarah Carter, Ryder and Beau Moses, and Nathaniel and Hannah Wade; his brother, Gary Young and his wife, Carolyn; his nephew, Richard Glen Young; and many other family members and friends.

To order memorial trees or send flowers to the family in memory of RICHARD ARLEN YOUNG, please visit our flower store.