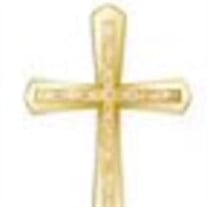 Fort Worth, Texas – Ronald Bruce Flowers, PhD and John F. Weatherly Emeritus Professor of Religion at Texas Christian University, died Sunday afternoon, June 27. Dr. Flowers was 86. A celebration of his life will be held at 10 a.m., Saturday, July 10, in the sanctuary of University Christian Church, 2720 S. University Drive. Friends will be received in the church’s fellowship hall immediately following the service. Born in Tulsa, Oklahoma, Ron was the son of John Paul and Clara Mae Tefertiller Flowers. As a boy, he aspired to play major league baseball. That love of the game lasted throughout his life. Ron married the former Leah Elizabeth King on August 21, 1959, a marriage lasting 54 years before Leah’s death in 2013. In high school, Ron became interested in chemistry. After graduating, he would become a chemistry major at Texas Christian University, but soon changed majors to religion. As he often said to his children, “My high school chemistry teacher convinced me that he was the best teacher in the world, and I was his best student. When I got to college, I discovered he was wrong on both counts.” Later, Ron received a bachelor degree from Vanderbilt University’s School of Theology and Ministry, and met his wife, Leah in Tennessee. They were married for 54 years, and she was the light of Ron’s life. Their witty repartee was a joy to behold. Later, he received his Doctor of Philosophy degree from the University of Iowa in 1967. Ron served as minister of Crofton Christian Church in Crofton, Kentucky, from 1961 to 1963 and became a professor of religious studies at TCU in Fort Worth from 1966 to 2021. His memberships included the American Society of Church History, Disciples of Christ History Society, the American Academy of Religion, serving as president of the southwest region 1988 – 1989, the American Civil Liberties Union, Americans United for the Separation of Church and State, and the Democratic Party. Ron also wrote several books and articles dealing with church and state. Ron loved to travel and explore, especially cathedrals in Europe. In 1982, he uprooted his three children for a life-changing, two-month sabbatical in England. There, his family experienced first-hand his joy of history and learning. Much later in life, Ron took a beautiful cruise to Iceland with his grand-daughter, Jillian, again passing along his love of travel and learning. Ron was a loving, caring and generous man, who was devoted to justice, freedom and equal rights for all. His scholarship, including many books and articles spanning decades, will be his enduring legacy. He was also a dedicated husband and father with friends near and far. He was preceded in death by his parents, wife and a granddaughter, Jodi Leigh Key. In addition to his children, Jennifer Key of Crowley, Philip Flowers and his wife, Tammy Mitchell of Austin, and Paul Flowers and his wife, Erin Piper-Flowers of Dallas, Ron was grandfather of Jessica Bowling, Jodi Key, Jillian Key and Clementine Flowers, and great-grandfather of Madison Dennet and Jackson Bowling. He is also survived by his sister, Linda Rae Flowers of Fort Worth. In lieu of flowers, consideration of contributions to the Ronald B. and Leah E. Flowers Scholarship at Vanderbilt University or the Alzheimer’s Association, Fort Worth Chapter (www.alz.com), in his memory, are suggested. To send flowers or a memorial gift to the family of RONALD BRUCE FLOWERS PhD please visit our Sympathy Store.
To order memorial trees or send flowers to the family in memory of RONALD BRUCE FLOWERS PhD, please visit our flower store.
Send a Sympathy Card