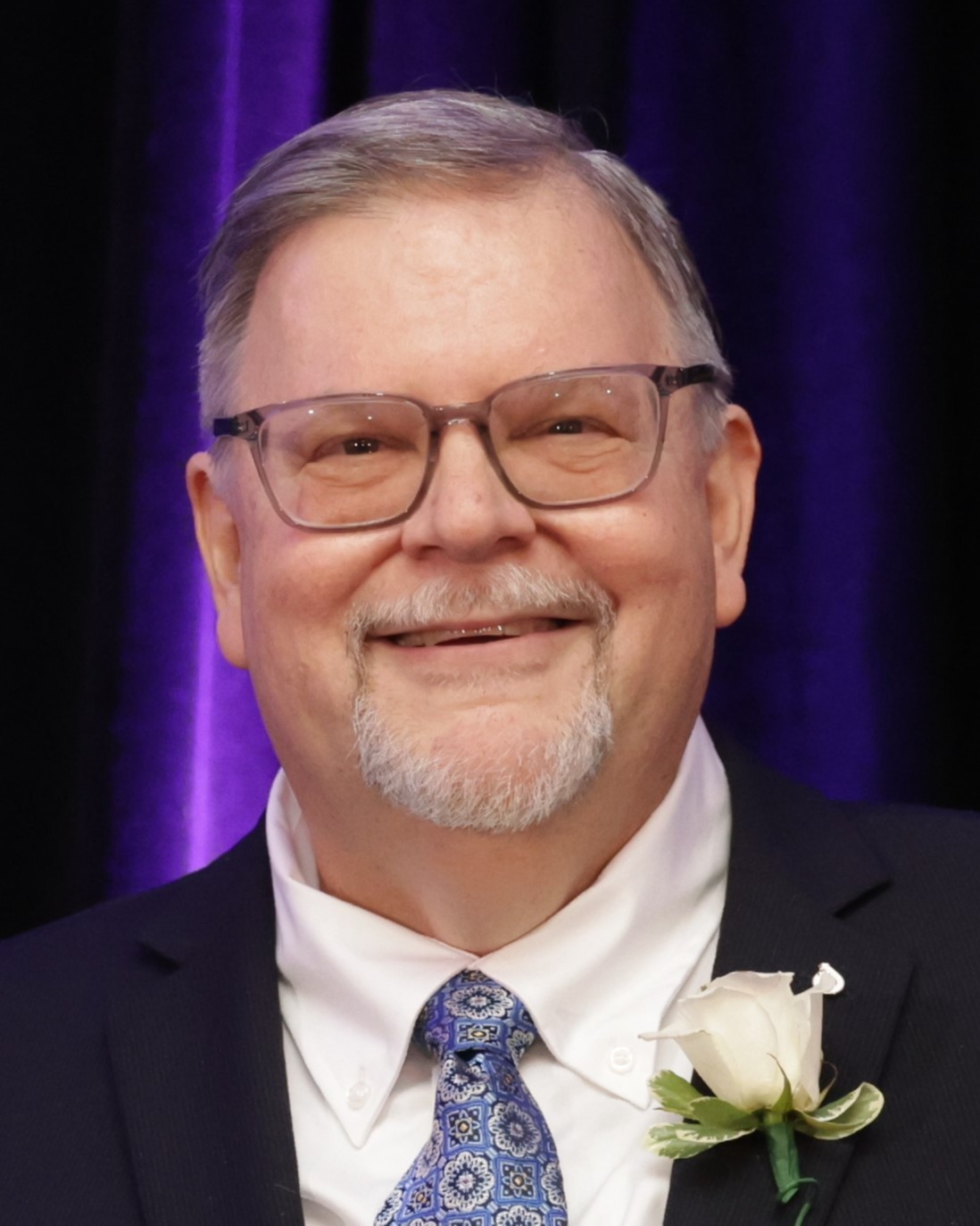 Fort Worth, Texas - Dr. Thomas Lawrence Frey, Jr., beloved husband, father, son, and brother, went home to be with his heavenly Father on Saturday, October 15, after a long and fiercely courageous battle with prostate cancer.

A Memorial Service celebrating Tom’s life will be held on Saturday, October 29, at 3:00 p.m. at Doxology Bible Church, 4805 Arborlawn Drive, Fort Worth. He will be laid to rest privately at Greenwood Memorial Park.

The oldest of six children, Tom was born in Cleveland, Ohio, the son of Thomas Lawrence and Mary Suzanne Slagle Frey. He was raised in a loving family where brotherly love was always in bloom, and there was always room for one more.

Tom grew up in north Houston and attended Klein High School where he played baritone saxophone with the marching band and double bass with the orchestra. In 1976, he became the first Eagle Scout from newly founded Troop 1323. After graduation in 1979, he attended the University of Houston and studied Electrical Engineering. In 1981, he left the university to pursue a career in music with his band Aerial. In 1983, he returned to engineering at Texas A&M and in 1985 completed a Bachelor of Science in electrical engineering.

Tom accepted a position at General Dynamics, now Lockheed Martin, creating advanced technologies for the F-16, F-22, and F-35 programs for over 37 years. In 1988 and 1995, he earned a master’s and PhD, respectively, in electrical engineering from the University of Texas at Arlington while working full time. In 2006, he was selected as a Lockheed Martin Fellow and in 2013 was selected as a Senior Fellow. Dr. Frey published dozens of technical papers and two book chapters, and he holds three U.S. patents.

Tom enjoyed teaching and for a time served as an adjunct professor at Columbia College in mathematics and statistics and Texas Christian University in engineering. He served on the Texas A&M Industry Advisory Board for the Department of Electrical and Computer Engineering from 2003-2022. Dr. Frey was a Senior Member of the Institute of Electrical and Electronic Engineers (IEEE), a Fellow of the American Institute of Aeronautics and Astronautics (AIAA), and a registered professional engineer.

With his son and daughter, he volunteered with the Boy Scouts of America, serving in many units and district leadership positions including Cubmaster of Pack 565 and Scoutmaster of Troop 499. He completed Wood Badge in 2005 and returned to staff in 2007. In 2010, he was part of the staff at the National Jamboree at Fort A.P. Hill in Virginia for the 100th anniversary of the Boy Scouts of America. In 2018, he received the Silver Beaver Award for his contributions to the youth of Longhorn Council.

When his children were part of the North Crowley Mighty Panther Band, Tom volunteered with band boosters, serving for five years on the board of directors and serving as an enthusiastic member of the loading crew. Tom was a member of Doxology Bible Church, where he was active in the music ministry for over 30 years playing guitar, bass, and keyboards.

He was preceded in death by his father, Thomas Frey.

In addition to his mother, Sue Frey, Tom is survived by his loving wife, Jennifer; his daughter, Dr. Christine Frey Noel and her husband, Dr. David Noel; and his son, Thomas Lawrence Frey III and his wife, Pauline Truong. He is also survived by his brothers and sisters and their spouses, Dr. John and Stacey Frey, Tim and Vicki Frey, Suellen and Ron Pyron, Jenny and Paul Tiner, and Peter and Danna Frey; and his sister-in-law and her husband, Marian and Jason DeMott. Tom is also survived by many nieces and nephews, grand-nieces and -nephews, and godchildren.

To order memorial trees or send flowers to the family in memory of THOMAS LAWRENCE FREY Jr., please visit our flower store.