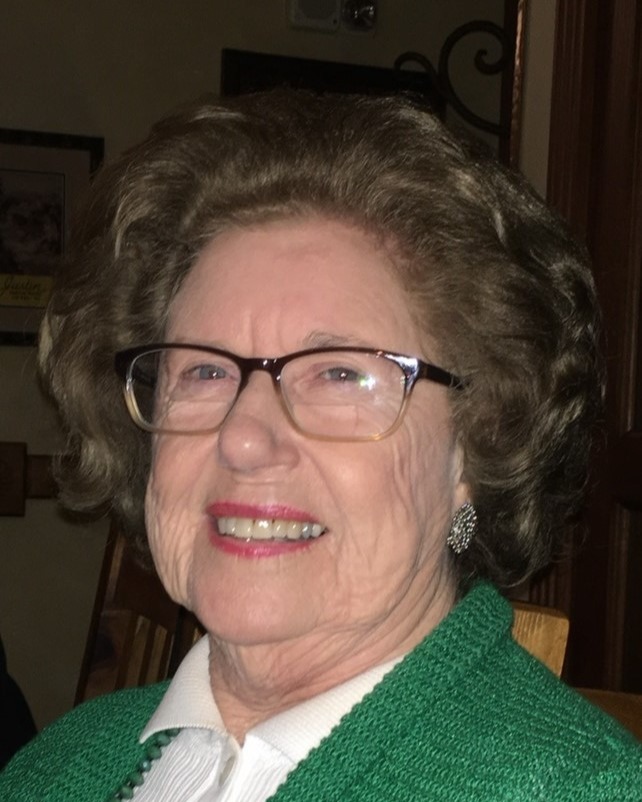 Family and friends will gather from 5:00 to 7:00 p.m. Thursday, December 1, in the Great Room at Robertson Mueller Harper.  A Celebration of Her Life will be held at 10:00 a.m. Friday, December 2, at Altamesa Church of Christ, 4600 Altamesa Blvd.  Following a committal service at 1:00 p.m. Friday, Wanda will be laid to rest with her husband, Dick, in Dallas-Fort Worth National Cemetery.

Wanda Jean Myers was born on September 3, 1932 to Lloyd Lawrence and Violet Mae Conner Myers in Austin. Most of Wanda’s childhood was spent in Austin but she and her family lived in Orange for a short time as her father worked at the shipyards during World War II. As a pre-teen she met Richard Lyle who was a friend and then the only boyfriend she ever had. She graduated from Austin High School in 1950.

After graduating, she married Richard (Dick) Lyle. Following Dick’s graduation from the University of Texas, he joined the United States Air Force as a meteorologist. They moved to San Antonio and then were stationed in Japan, where their first daughter, Linda Lyle Miller was born.

From Japan, Dick was transferred to Mobile, Alabama where their second daughter, Lisa Lyle Cavin was born. Two months later, Dick was honorably discharged from the Air Force and accepted a position with the National Weather Service in San Antonio. In 1967 they moved to Fort Worth where they lived out the rest of their lives.

They loved to travel and Dick and Wanda traveled the world. Dick carried a camera and Wanda carried everything else. They traveled for fun and with travel groups where Dick served as the photographer and Wanda just took care of everybody.

Wanda was active in their church and the community. She had a servant’s heart and over the years, she helped countless people with meals, rides to the doctor, and in numerous other ways.

She lived to serve and cherished her life taking care of her family and meeting every need her husband had. Dick and Wanda were married for 58 years when Dick passed away on November 1, 2010. After Dick’s death, Wanda joined the Woman’s Club where she held several offices and enjoyed bridge, book club, meals, and the fun and fellowship.

Wanda had the wonderful gift of seeing the uniqueness of every person she loved. She met each person on their level and made all those around her feel special. She treasured her daughters and grandchildren and had the amazing gift of making each one feel as if he or she were the favorite.

Her life was a beautiful example of living for God and others. Everyone who knew her was blessed to have her as a part of their lives and is better for knowing her.

Wanda was preceded in death by her parents and her husband, Richard (Dick) Lyle.

To order memorial trees or send flowers to the family in memory of WANDA JEAN MYERS LYLE, please visit our flower store.